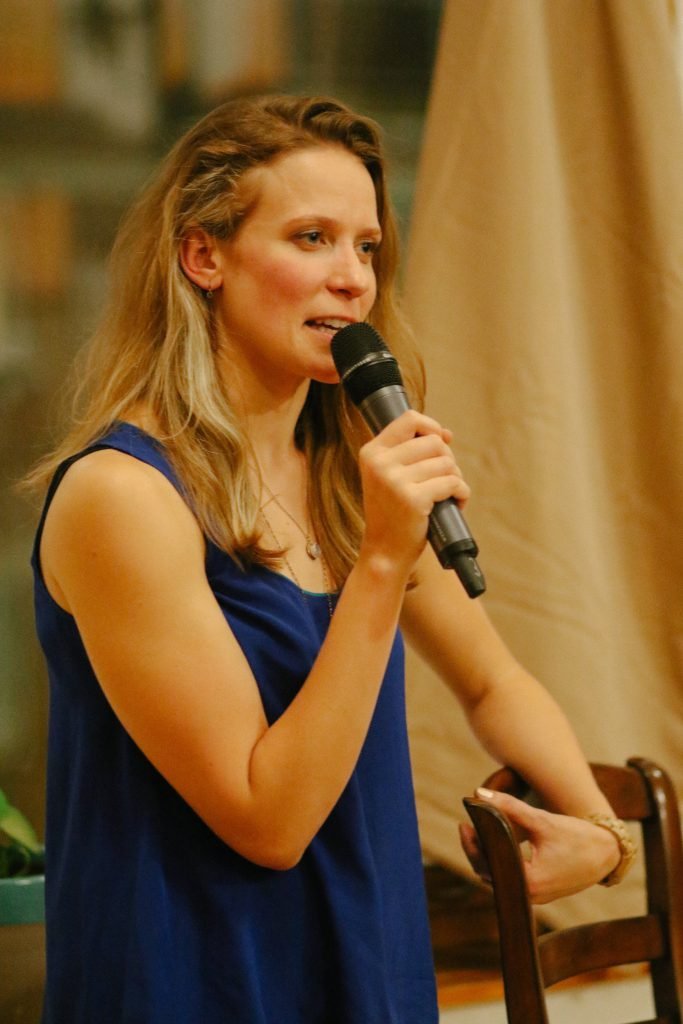 Leah Walsh lives and creates art in New York City. Originally from Clarkston, Michigan, where she was home-educated, she wound up with the surprising opportunity to perform Shakespeare with a dynamic youth theater company. This led her to pursue an undergraduate degree in Theatre Performance from The University of Evansville, followed by an MFA in Acting from the Drama Division of The Juilliard School. At Juilliard, she pushed her art, her mind, and her body in bold new directions—and she also met her husband, actor Frankie J. Alvarez.

Leah loves bold scripts and stories that push the boundaries of traditional theaters. Her passion lies in immersive theatre and the collaborative process. Her favorite roles are the ones that have taken her performances off the stage and into the audience and beyond—such as The Tower, where the audience followed the story throughout the space; The Food Odyssey, a devised play where the cast served dinner to the audience and engaged in conversation for hours after the ‘performance’ was over; and Drunkle Vanya, a boozy spin on Uncle Vanya set in a Russian restaurant, complete with authentic food and drinks.

For Leah, theatre isn’t something you see—it’s something you experience. As the creator and host of The Compass Podcast, she continues to break down the boundaries between public and private, cultivating a space for artists to be vulnerable and honest about their artistic processes.

You can email Leah at leahwalsh@gmail.com

Intro Title of Some Sort

You can find more on Leah here at leahwalsh.com 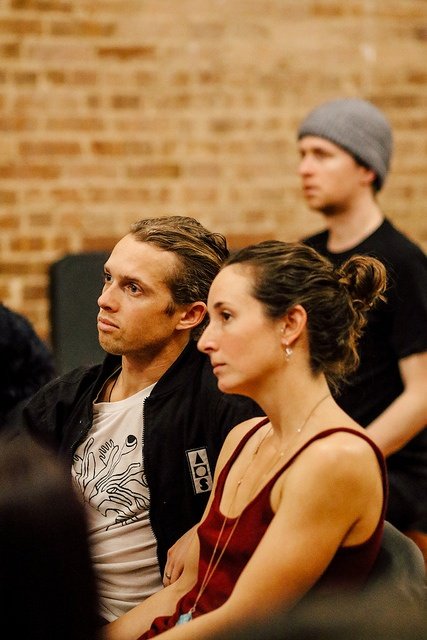 In Her Own Words

I’ve always been passionate about storytelling, but also story-listening. I find power in people’s personal narratives; I chalk that up to being an empath, which serves me not only as an actor, but also as a podcast host, an advocate for other artists, and a human being. In today’s cynical world, genuine empathy is something we all deeply need. It’s one of the things that motivated me to create The Compass Podcast, where I talk openly with artists about their varied experiences forging their own way in some truly tough industries.

So far, I’ve interviewed more than 100 guests, and each conversation keeps me hanging on every word. I’m inspired by other artists, and the way they continually create new works, challenge themselves, deal with “the dark side,” all while impacting the communities around them and striving to build and maintain healthy creative lives. I am proud to be a part of this generation of artists, and I am proud to share their stories as we all work toward a more creative, connected, and empathetic society.

Friends of The Compass

The Compass love to support other organizations that promote artists and the development of their soul-work. Check some of them out here: